Paul J. Potenza has worked as an actor and director in the Tampa Bay area for over 30 years. He performed in the very first play to grace the stage of the Shimberg Playhouse (then called the Off Center Theater): Eric Bogosian’s one man tour-de-force Sex,Drugs, Rock & Roll. Potenza has worked with many of the Bay area’s finest theater companies including Eckerd Theater Company, The Loft Theater, Tampa Players, Stageworks, freeFall and AmericanStage. He is happiest about his continued collaboration and artistic association with Jobsite Theater. In 2011, Paul was honored to win best actor in the first annual Jeff Norton Awards for his portrayal of Felix Unger in The Odd Couple, which also garnered him his first Creative Loafing Best of the Bay award. Other favorite roles include Ulysses in Annapurna, which won him the 2015 Best of the Bay award for best actor, Jack in Race, The Player in Rosencrantz and Guildenstern are Dead, Michal in The Pillowman, Nick the Fire Captain in The Guys, Johnny in Frankie and Johnny in the Clair de Lune, Arnold in The Boys Next Door, and Renfield in Dracula. Most recently, he portrayed Edgar Allen Poe in Edgar and Emily. Potenza is honored to have been able to complete the Leenane trilogy written by Martin McDonagh: The Beauty Queen of Leenane, The Lonesome West and A Skull in Connemara.  Other directing credits include Jobsite’s production of the Tony Award winning Vanya and Sonia and Masha and Spike, Pulitzer Prize winning Topdog/Underdog by Suzan-Lori Parks, subUrbia by Eric Bogosian and Steve Martin’s Meteor Shower. Paul was honored to be a part of the first show done in the Jaeb Theater after the pandemic closures as part of the Straz Center’s reopening plan, directing Giles Davies in Frankenstein, The Modern Prometheus. Paul is a Goldsmith by trade and has owned and operated Design One Jewelers in Clearwater, now in its forty-first year in business. Potenza shares his life with his wife Roz (the artist in the family), and their dogs Pinot and Bean who own all the furniture in the house.  Special thanks to Joshua Formanek … a force to be reckoned with! 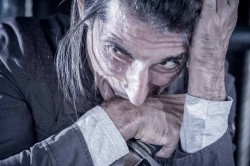 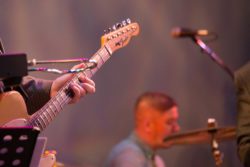