Animals Out of Paper auditions

Jobsite is accepting materials for our 2022 production of Rajiv Jospeh’s Animals Out of Paper, running July 13 – Aug. 7. Tatiana Baccari directs. This

Jobsite is accepting materials for our March 2022 production of Anthony Burgess’ A Clockwork Orange, a play with music. Dan Granke directs, with a Beethoven-driven

Jobsite seeks performers for Bertolt Brecht’s The Resistible Rise of Arturo Ui, previously cast before the closures in March of 2020. The bulk of the 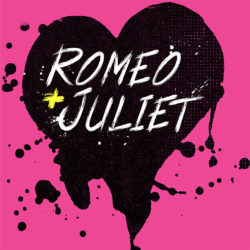 Jobsite is accepting materials for our Jan./Feb. 2022 production of William Shakespeare’s Romeo & Juliet. This is a 7-week contract (extendable to 8), paid bi-weekly. 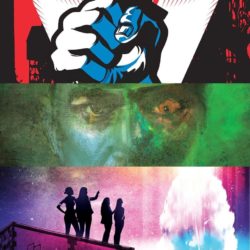 Auditions for our fall shows

We are happy to announce auditions for both Dr. Ride’s American Beach House and Dr. Jekyll & Mr. Hyde. Complete details may be found using

Jobsite is accepting audition materials for our Oct./Nov. 2021 production of Jeffrey Hatcher’s adaptation of Dr. Jekyll & Mr. Hyde. This is a 7-week contract

We are currently only able to offer contracts to folks who can show proof of vaccination for our 2020-21 season. This policy will remain in place until further notice. Jobsite has strict bubble agreements in place with all workers, and anyone considering employment with the company will be sent those parameters if we desire to advance anyone in the hiring process.

Jobsite Theater attends the Theatre Tampa Bay Unified Auditions held in June, which will occur again in 2022. Anyone who is not a current ensemble member who is not attending Unifieds but would like to be considered for Jobsite productions should send a current headshot and resume.

Callback auditions for individual shows are held at times to be determined for all mainstage shows by each show director. Callback auditions include specifically requested actors from the Jobsite Ensemble, as well as those who will be called back from the Unified auditions or at the discretion of the director. Due to scheduling, certain shows may have special callback times or more than one callback.

Callback auditions are by invitation only.

Current Jobsite Ensemble Members are bypassed through general auditions and are encouraged to contact David Jenkins to discuss opportunities. All Ensemble Member names will be provided to the individual directors for callback consideration. Directors are also at liberty to make specific invitations to their callbacks, even if an actor is not part of the general auditions or the Ensemble.

Previous Ensemble members not in the current Ensemble should also contact us, as materials may not be required.

Send Us Your Resume & Headshot

Jobsite is also looking for designers and technicians in all areas, including basic labor positions for set building days. All interested technical candidates should send their resume and work samples (where applicable).

We also have a limited number of assistant director positions available for those looking for professional experience. Interested parties should contact us.