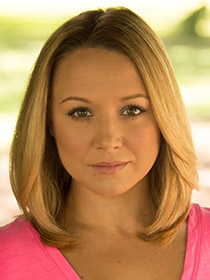 Caitlin Eason was born and raised in Tampa and has been acting in the Tampa Bay community for almost two decades. Caitlin graduated from the University of South Florida with a BA in Theater Performance. Her acting credits include Jobsite Theaters Dracula, The Acropolis Project, Woman in Mind, Blackbird, Hay Fever, and The Lonesome West. Other credits include Stageworks Theater’s Medea and The Sugar Bean Sisters, Gorilla Theater’s Of Orson’s Shadow, Tampa Reparatory Theater’s Hamlet and most recently Lab Theater’s Cleave. Caitlin has been honored to have been nominated at the Theater Tampa Bay Awards for Outstanding Featured Actress in Hamlet and in The Lonesome West. Caitlin would like to thank her husband Matt and son Davin for all their love and support.