We’re honored to have these projects and artists recognized by the staff of Creative Loafing this year in their Best of the Bay issue. We gutted through a lot of adversity and change over the past 12 months, and are proud of all we accomplished. A round of applause for all of the winners and nominees! 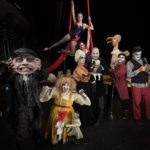 We always knew Jobsite was a little freaky—I mean it’s a theater company in Tampa, so it comes with the territory. But the successful production of the musical Shockheaded Peter reminded us that Producing Artistic Director/co-founder David Jenkins and family like it fabulously dark, with the perfect amount of freak. 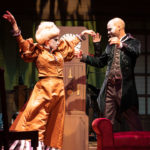 Before surprise back surgery blew up my spring, I was scheduled to review Shockheaded Peter at Jobsite. Doing my due diligence, I was blown away by the production photos. The images were thrilling—in your face, subversive, and more than a touch frightening. In other words, a perfect match for the material. From old school painted set pieces, grotesque makeup, dramatic lighting both in color and texture, over the top costumes and wigs, striking creatures from Muppet-esque hand puppets to a giant stork that swallowed Coleen Cherry, all the visual elements walked the transgressive knife’s edge between humor and horror.
Best Pandemic Short Film
Critic’s Pick 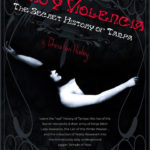 Sexo y Violencia by Christen Hailey
The hilarious R-rated mockumentary, Sexo y Violencia: The Secret History of Tampa Episode 1, The Lair of the White Weasel takes us back to Henry B. Plant’s Tampa Bay Hotel in 1898. Plant’s mistress, Maude, left behind a previously unknown diary that’s a ridiculously tongue-in-cheek tale of Teddy Roosevelt’s “introduction to the monstrously sexy underground pagan Temple of Ybor City.” This episode leaves us with “Game of Thrones” worthy cliffhangers. Will Maude succeed in her nefarious plan to become the queen of Tampa? What will come of Roosevelt’s pansexual escapades? Is Henry Plant really a zombie?
Jobsite Digital Shorts are still available, binge the whole library for just $4.99.
Best Year (Acting Division)
Critic’s Pick
Andresia Moseley
At CL we’ve known the powerhouse that is Andresia Moseley ever since her spoken-word performances five years ago at GASP! But this year she’s really getting to show her range. From the quiet resolve of Mrs. Muller in Doubt to the one-woman tour de force (27 characters!) of Twilight: Los Angeles, 1992—both at Jobsite—to the anguished mother in Stageworks’ American Son, her versatility, charisma and emotional depth have been riveting. But wait, there’s more! She’s currently appearing in Jobsite’s Dr. Ride’s American Beach House and has been named one of the company’s new Artistic Associates.
Dr. Ride’s American Beach House is on stage only through Oct. 10!
Best Dual Personality
Critic’s Pick
Nick Hoop and his puppet in Hand to God 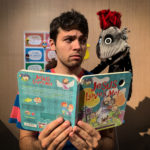 Hoop, a talented young actor who’d been to seen to good effect in a number of local productions, did his most impressive work yet in the notoriously difficult role(s) of Jason, who takes refuge in the Christian Puppet Ministry only to have his tranquil existence torn apart by his anarchic hand puppet Tyrone. Hoop expertly captured this mortal combat between man and hand, superego and alter ego, in a performance that was at once hilarious, endearing and scary.
Best Theater Company, runner-up
Reader’s Poll
Jobsite Theater
See all winners from Best of the Bay 2021!