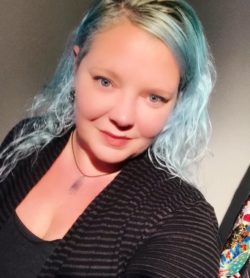 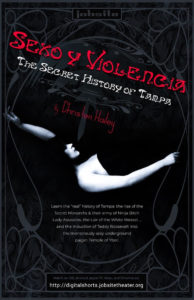 The title Sexo y Violencia came to me many years ago, actually. I was at a bar in St. Pete with a bit of party butt (disco dook) (the vodka caca), and since I don’t pull my phone out in bathrooms because that’s grody, I was staring into space. This particular establishment had some antique Mexican wrestling posters adorning the bog walls, and as I’m always looking to improve mi español, I was reading the fine print (this was before I needed glasses). I noticed the words “sexo” and “violencia” inscribed across luchador asses and thus an idea was born. 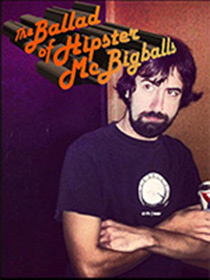 I’ve always loved the concept of prequels (NOT those though), and why the hell not go backwards and forwards in time whenever I want? You’re not my real dad, don’t tell me what to do. So no shit, there I was doing tequila shots in Ybor with my old roommate, and he’s all, “hey wanna see the underground tunnels?” and of course, the only ever answer to that question is “goddamned right I do.” True story, there really are tunnels running underneath Tampa, from the port, through Ybor and downtown, all the way to Seminole Heights. I’ve seen them with my own devil fiend eyes. Why were they built? Were they used for transporting illicit hooch and hookers during Prohibition? Is this where the mole people and rodents of unusual size reside? Is there a portal to hell? Probably. 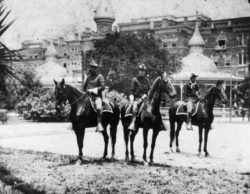 Anyone who knows me will tell you I’m a mad history buff, the weirder and more f*cked up, the better. And the more I started researching some of Tampa’s backstory, the more crazy unbelievable shit I’d find. Teddy Roosevelt really did go to an orgy in downtown before his invasion of Cuba. Dr. Frederik Weightnovel was Tampa’s own Rasputin, who created a tonic world renowned for increasing cocksize (the real Dr. Porkenheimer’s Boner Juice – if you have an erection lasting more than four hours, call all your friends and brag about it). Elvis hung around outside Hillsborough High School, looking for underage girls in short skirts with a full bush (the King’s kink). JFK had a secret meeting in Ybor with a local gangster (redacted – I don’t wanna get murdered) just days before his “death”. Our goofball mayor let a bunch of idiots paint “Boof the Blorp” on a major city street. You know, shit like that. Too dumb to possibly be true, but it is.

Also, aliens. That’s why Plant City exists. Watch my show. Am I an arch weirdo prophetic genius or just a middle-aged hop head (it’s medical, duh) with an overactive imagination? Fuck around and find out! #FAFO

// Christen Hailey is a rare breed of Florida native who lives in the unfashionable northwestern spiral of Seminole Heights with her handsome computery husband who has recently grown his hair out to dirt rocker length. She enjoys writing horrifyingly obscene plays and exceptionally raunchy sketch comedy. In her spare time she runs with a vicious gang called The Birches, who like to go camping and race golf carts through haunted forests while swilling champagne. She is currently doing grad work in eleventh century sea shanties. During the day, she is the Fixer for a reclusive rich dude who owns a record label.

Watch her latest great work, Sexo y Violencia: The Secret History of Tampa, the unbelievably truish story of Teddy Roosevelt, the Lair of the White Weasel, and the rise of the Secret Monarchs.

What are Jobsite Digital Shorts? Get a taste: