Sexy Sexy Murder is a prequel to the soon-to-be smash hit, Chapel Perilous, coming to the Jobsite Theater in July of 2012.

Join semi-famous Tampa troublemaker and playwright Christen Hailey and her talented cast of award-winning actors from the Jobsite Theater on a wild late-night trip through the underbelly of the local scene.

This is the first in a series of shows featuring Ms. Hailey’s PERILOUSIVERSE, a world based in a version of Tampa that is dark, sick, twisted, hilarious, totally wrong and only glimpsed from of the corner of your eyes.

Featuring characters like the Ninja Bitch Lady Assassins, the Secret Monarchs of Tampa, Rumpcrumpet Biscuitsnatch and the Reverend Taint Violator, this fresh new late-night comedy movement is not to be missed! 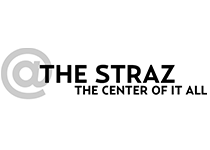