Jobsite is thrilled to be among the first regional theaters in the country to bring audiences William Goldman’s adaptation of Stephen King’s Misery. Goldman, who also adapted the story for the iconic 1990 film, is also know as the writer of Butch Cassidy and the Sundance Kid, The Princess Bride, All the President’s Men, among others. Stephen King of course needs no introduction; considered by many to be the undisputed “Master of Horror,” he is easily among one of the most influential figures in pop culture from the past century.

This new theatrical adaptation was first staged in 2012 before running in a limited-engagement on Broadway in 2015. That production starred Laurie Metcalf and Bruce Willis.

Jobsite’s production stars Summer Bohnenkamp, David M. Jenkins, and Josh Goff under the direction of Paul J. Potenza. Adding to the intrigue here is that Bohnenkamp and Jenkins will have been married for 22 years when the show opens in the spring. The two have worked together in the past both on stage and off, even co-directing the acclaimed Annapurna in 2015 (featured in American Theatre magazine).

They are not even the only married couple at work in this production: director Paul J. Potenza is joined on the production side of things by costumer Roz Potenza. 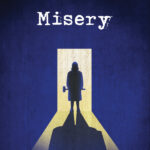 For the uninitiated: Successful romance novelist Paul Sheldon (Jenkins) is rescued from a car crash by his ‘Number One Fan,’ Annie Wilkes (Bohnenkamp), and wakes up captive in her secluded home. While Paul is convalescing, Annie reads the manuscript to his newest novel and becomes enraged when she discovers the author has killed off her favorite character, Misery Chastain. Annie forces Paul to write a new ‘Misery’ novel, and he quickly realizes Annie has no intention of letting him go anywhere. The irate Annie has Paul writing as if his life depends on it, and if he does not make her deadline, it will.

SUMMER BOHNENKAMP [she/her] (Annie) has worked with Jobsite Theater in various capacities since 1999 – as director (DOUBT, Constellations, Time Stands Still, The Flick), co-director (Annapurna), performer (Vampire Lesbians of Sodom, The Odd Couple, Dog Sees God, Dead Man’s Cell Phone, boom!, Gorey Stories, The March of the Kitefliers, subUrbia and others), assistant director (reasons to be pretty, All New People), costume designer (Gloucester Blue, American Buffalo, True West, The Taming of the Shrew) and more. By day, she is the chief marketing and programming officer for the Straz Center. She lives in Tampa Heights with her husband and squad of rescue critters. 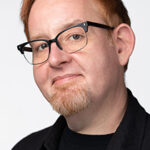 JOSH GOFF [he/him] (Sheriff Buster) has been performing theater in the Tampa Bay area for the last 25 years, he is looking forward to returning to the Jobsite stage, he was last seen in the RL Production of, Along The Way. Other productions include Fluid Expressions production of Top Dog/Under Dog, American Stage’s production of August Wilson’s Jitney, Stageworks’ production of Mother’s**ker With The Hat.

PAUL J. POTENZA [he/him] (Director) has worked as an actor and director in the area for over 30 years. He performed in the first play to grace the stage of the Shimberg Playhouse: Eric Bogosian’s Sex, Drugs, Rock & Roll. Potenza has worked with many Bay area theater companies including Eckerd Theater Company, The Loft, Tampa Players, Stageworks, freeFall and American Stage. He is happiest about his continued collaboration with Jobsite. In 2011, Paul was honored to win best actor in the first Jeff Norton Awards for Felix Unger in The Odd Couple, which also garnered him a Creative Loafing Best of the Bay award. Favorite roles include Edgar Alan Poe in Edgar & Emily, Ulysses in Annapurna (which won him a 2015 Best of the Bay Award), Jack in Race, The Player in Rosencrantz and Guildenstern are Dead, Michal in The Pillowman, Nick the Fire Captain in The Guys, Johnny in Frankie and Johnny in the Clair de Lune, and Arnold in The Boys Next Door. Most recently, he portrayed the MC in Shockheaded Peter. Paul is a Goldsmith by trade and has owned and operated Design One Jewelers in Clearwater, now in its forty-third year in business. Potenza shares his life with his wife Roz (the artist in the family), and their dogs Pinot and Bean who own all the furniture in the house.

TEAH BANKS [she/her] (Props) has been a happy member of the Jobsite family since Spring 2017, when she joined as an intern. She has since worked several Jobsite shows, including: Animals Out of Paper, The Complete Works of William Shakespeare, Constellations, Dancing at Lughnasa, as well as running the matinee’s for Othello and The Tempest. She would like to thank David, Newt, Ned, her mother Kelly, and step-father Tom for being so supportive and awesome.

JESSIE DORSEY [he/she/they] (Stage Manager) is excited to finally begin working with Jobsite! He has stage managed many productions throughout the bay area over the last decade (recently, ThinkTank TYA: All the Great Books (Abridged), TampaRep: The Curious Incident of the Dog in the Night-Time in rep with ThinkTank TYA: The Giver). Jessie is also currently pursuing her Doctorate in Educational Leadership with Saint Leo University.  Jessie would like to thank David Jenkins for welcoming them to the Jobsite crew! 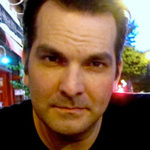 JEREMY DOUGLASS [he/him] (Sound) is a pianist, professional live mannequin, and leader of acclaimed megasuperband the Florida Björkestra. He’s been hailed as “punctual” and “inevitable”. His recent past sees him as music director for Jobsite Theater’s productions of LIZZIE: A Killer Rock Musical, The Threepenny Opera, Hedwig And The Angry Inch, and Shockheaded Peter. He’s composed original music for Jobsite’s productions of The Thanksgiving Play, Hedda, The Complete Works of William Shakespeare (abridged) [revised], Othello, The Tempest, Meteor Shower, A Midsummer Night’s Dream, Shockheaded Peter, Romeo & Juliet, and with Björkestra cellist Tom Kersey co-wrote an original score for Jobsite’s Edgar & Emily. As founder of the Florida Bjorkestra, he’s brought to the stage the music of pop pioneers like Bjork and David Bowie (and also a musical from Buffy the Vampire Slayer) with his 24-piece ensemble of Tampa Bay area musical geniuses.

ROZ POTENZA [she/her] (Costumes) is happy to be part of the Misery team.  She’s been creating things in fabric for many decades, both wearable and artistic.  She competed professionally in what is now called “Cosplay” and was ranked as a Master Costumer.  She was resident costumer and an actress for eight years with the Eckerd Theater Company.  She has also created looks for many area theaters, including American Stage, Jobsite Theater, and Hattrick Theater. Roz also acts, writes and directs, and sits on the board of Lab Theater Project. Always enthused about collaborating with Jobsite, Roz looks forward to working with them even though she may have to pick a few Great Dane hairs off of something.

TEA ROBERTS [she/her] (Scenic Artist) is excited to be working with Jobsite, and has worked in various theatres as a scenic artist for the last two years. She would like to send a big thanks to Scott Cooper for starting her on the right path in the theatre world, to Rebekah Lazaridis for all of her wonderful mentorship and painting prowess, and her endlessly supportive partner Hannah Langevin.

BRIAN SMALLHEER [he/him] (Scenic Design and Technical Direction) received his education from Harrison Center for the Visual and Performing Arts, Polk Community College (Visual Arts), and University of South Florida (Theatre Design). He has been an Artistic Associate and designer for Jobsite since 1999. As a designer for Jobsite, his work has received two Best of the Bay awards; Best Lighting Design for Einstein’s Dreams (2011) and Best Local Set Designer (2014). He also received Broadway World’s Best Set Design for Time Stands Still and Return to the Forbidden Planet. Other select design credits include SHOCKHEADED PETER, Henry V, Hand to God, DOUBT: A Parable, A Skull in Connemara, LIZZIE, Lebensraum, Annapurna, Orlando, Twelfth Night, Macbeth, Mindgame, Picasso at the Lapin Agile, boom!, The Lieutenant of Inishmore, The March of the Kitefliers, Gorey Stories, subUrbia and Dracula. In what little spare time he has, Smallheer pursues his passion for visual arts by doing photography and painting. More info at his website bms-designs.com. 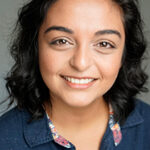 JENA RASHID [she/her] (Producing and Engagement Apprentice) graduated from the University of Central Florida with a BA in Theater Studies and a minor in music. Her career, so far, has consisted of working as a stage manager, director, playwright, actor and other roles through her schooling. Her favorite performance credits include Jessica Jewels in in The Butler Did It! for the Orlando Fringe and Understudying Rani in America in One Room at Florida Studio Theater. In her final semester of college she was an intern at the Orlando Shakes as a New Play Development intern and most recently she completed a year-long internship at Florida Studio Theater as a Literary intern. In addition, Jena still writes plays when she can and her works can be found on the NewPlayExchange.org.