..it is charming and fresh and – wonder of wonders – genuinely funny... what you might call an uber grande good time. – Tampa Tribune
...funny and poignant.... The acting is as solid as the script. ....Kitefliers is a romantic comedy, but has enough wit and freshness, even on second viewing, to set it apart from the genre's run-of-the-mill entries. – St. Petersburg Times
...the poignant drama and spunky hilarity cut close to the bone.... – AOL
Previous
Next

“There are those who think that trivial things like kites are governed by uncontrollable forces of physics and nature. And there are those who know better,” says the mercurial character Jack in The March of the Kitefliers.

When Sam (Shawn Paonessa) graduated from college with a double major in art and marketing, he had big dreams of a career in advertising. The corporate world submitted him to a mediocre job, while he chronically pursued his dreams through vivid fantasy.

When Julia (Meg Heimstead) walks into his life, Sam is suddenly forced to decide whether to finally grow up and pursue the woman he loves, or follow the footsteps of his best friend, Jack (David M. Jenkins), who lives in a perpetual state of childhood. What ensues is an endearing romantic comedy and a hilarious post-modern satire that asks, “Who are we really, and what ever happened to the dreamers within us when we were children?”

Kitefliers has similarities to two other romantic comedies: Chasing Amy and Eternal Sunshine of the Spotless Mind. Those familiar with Chasing Amy writer Kevin Smith’s work will undoubtedly identify with Kitefliers protagonists Sam and Jack – one stuck in a dead end job and the other a comic strip artist. Conversations about cult films like Star Wars and Blue Velvet are interspersed with clever dialogue about relationships, the nature of existence and bad poetry. Like Eternal Sunshine…, Kitefliers is infused with a few dark twists along the way, and the difference between real and perceived is almost never clear.

The production originally underwent a 20-month process from first draft to opening night. The writers, director and cast participated in numerous meetings, readings and workshops to refine, finesse and edit the script.

Since the closing of the original production, the writers and director have re-evaluated every element of production in order to bring Tampa, and hopefully the rest of the country, an even better, tighter play. There are distinct changes to this new script, including massive overhauls to a few key scenes.

“They have truly done an outstanding job of delivering a top-notch play,” says Jenkins. “Our original production resonated intensely not only with our 30-something audience core, but with all ages.”

Jobsite is inviting film and theater industry professionals in an attempt to give Kitefliers a life far past Tampa. “This play is something very special,” Jenkins adds. “Anyone who’s been involved with it in any way at all – from actor to audience to usher – can tell you the power it has. We believe this is still just the beginning for this play.”

The Power of the Patron

The power of the play can be measured in part by the public outcry sparked when alt-weekly Creative Loafing theater critic Mark E. Leib gave away critical plot spoilers in his review after being specifically requested not to do so by Jobsite’s Producing Artistic Director. The Creative Loafing office was subsequently inundated with phone calls and emails from angry theatergoers – some who had already seen the show and some who hadn’t – who were outraged. The situation earned Jobsite Theater patrons “Most Impassioned Theater Fans” from the paper’s next Best of the Bay issue. The run also broke all records for any original production ever mounted in the theater.

As I walked up to New World Brewery last night after the show, I was a little pissed to see Crash sitting at the door

Your daily dose of Kitefliers

Last night was a great, if not downright strange at times, evening in the theater. We have a group of about 60 college kids in

Don’t forget our buy one, get one free offer for today’s 4pm show! Does half-price sound better to you? It’s the same thing, but whatever

This is just totally one of those News of the Weird things when you have feeds coming to you for various permutations of “kites, kite,

Kitefliers Breezes Back to the Bay Area – St. Petersburg Times

Slacker Jack is at it Again – tbt* 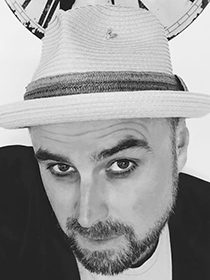