Is it already 11/1? Where does the time go! A report from the Producing Artistic Director.

What a year it’s already been, and we still have two months to make even more history as we continue with our 2018-19 20th Anniversary Season! 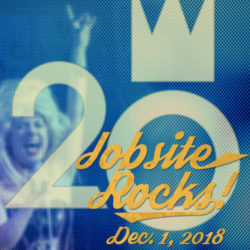 As Edgar & Emily heads toward closing on Sunday, we’re now ramping up efforts on our Jobsite Rocks! 20th Birthday Bash taking place at the Straz’s Jaeb Theater on Dec. 1. This is going to be a very special night of food, drinks, friends, amazing silent auction and drawing prizes (including HAMILTON tickets, what-what!?!) that I hope you will join us for. We have two points of entry, a VIP ticket that starts at 7pm with a private reception and an open bar among other perks, and a general admission ticket that gets you in as of 8:30pm before the 9pm variety show that features a ton of your favorite #TampaFamous folks.

If for any reason at all you won’t be able to join us for the party, we hope that you will be able to help us out at the end of the year by helping us with #GivingTuesday on Nov. 27. All proceeds raised for both #GivingTuesday and the Jobsite Rocks! 20th Birthday Bash will go to help us make our 2018 Annual Campaign goal of $75,000. We’re currently 63% of the way there and so every dollar counts. We still have around $6,300 in matching funds thanks to a generous grant by the Gobioff Foundation, which would make your gift twice as meaningful! We have a goal of $6,000 set for #GivingTuesday alone, stay tuned via social media or our newsletter for updates on how you can make a difference with both of these events.

Despite some rocky stuff that went down during our 2017-18 season (like Hurricane Irma’s impact on our season opener, the loss of education funding, and the state of Florida’s decision to cut arts and culture funding by 94%), I am so happy to report the many successes that we’ve had in 2018. Among the great news: 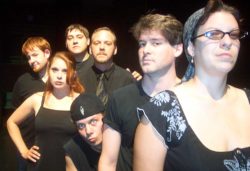 I’ve had the great fortune to be with this company from the start. I am honored to continue to serve as the artistic and administrative head of this organization, but I hope you realize that I’m still one person who just so happens to walk on the shoulders of giants. Many of my dearest friends surround me as Artistic Associates. Many more work as part of our mighty ensemble who are doing most of the heavy lifting when it comes to the work you see on stage. The work of our board of directors is perhaps even more important than the work we’re doing on stage because without their tenacity and dedication I would be out of a job and we wouldn’t have the means to produce at all.

And, finally, of course I walk on the shoulders of the many giants who support us through buying tickets, through helping us out with in-kind donations of goods and services when we need them, and of course those angels who donate to help offset the high costs of producing quality, professional theater while keeping ticket prices affordable and offering those in our community without the means theater at no cost to them as we do with many of our school groups.

There is so, so much to celebrate and be proud of. So much we have done and so much more we want to do. I hope to see you on Dec.1 at the big event so that I can toast you in honor of your part in it all. 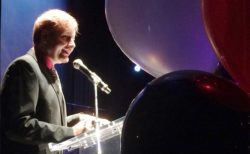