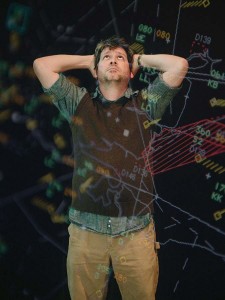 Like most arts organizations and live entertainment outlets, we’re adjusting to a new reality in not being able to do the one thing that makes us, well, us: bringing a group of people together for a collective experience. Nothing can replace the dynamic, emergent, and communal magic of a live event (even though people have been trying to ring that death-bell for 2,500 years) but in a time like this we need to adapt in order to continue to bring people ‘together,’ to tell stories, to provide an outlet to our artists, and to remain active within our community. 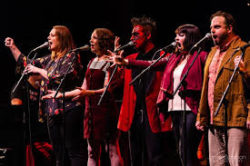 Since the beginning of the pandemic we’ve hosted online content: from collaborating with The Florida Bjorkestra on cover songs and musical numbers to hosting time-lapse videos of painting and mask-making to playing online MadLibs with Shakespeare performed by Giles Davies.

We’ve launched two new online series to add to our growing collection, One From the Vaults and Socially-Distant Soliloquies, and are now accepting proposals for a third to launch the fall.

In One From the Vaults, we revisit past productions through video clips and also collect personal stories from our artists about their favorite moments and experiences working with the company in creating some of our most iconic performances over the past 21 years. These are a mix of written, photo-essay, and video stories with an emphasis on mementoes and memorabilia from those shows living in those artist’s homes and, whenever possible, video clips from those productions.

Socially-Distant Soliloquies is in part inspired by the wild success of the end result of our MadLib the Bard! game and in part by the successful Shakespeare Solos series on the Guardian’s website that uses popular actors from British stage and screen. We have invited our Shakespeare ensemble to take part by choosing any set speech, soliloquy, or sonnet they wish and performing it in a mundane (and socially-distant) environment like an empty playground, their front porch, or while on a neighborhood walk for the camera.