Garland plays the Devil with wonderful panache, dominating his scenes with such brio that you can almost forget that this figure is responsible for untold murders and misery... – Creative Loafing
Director David M. Jenkins and his cast take a straightforward approach ... Steve Garland's Devil is as charming as he is menacing ... A large and excellent cast, many of whom take multiple roles, keep the material afloat. – St. Petersburg Times
... a dark, witty tale of historical fiction and human nature ... a delightful guilty pleasure for those with an open mind and a curiosity for history and religion ... Led by a talented and witty cast, a nearly three hour play quickly flies by for an engaged audience treated to the animated performances of a wide array of characters. – Sticks of Fire
Previous
Next

The trial of the new millennium is about to begin and Tampa Bay has been called for jury duty as Jobsite Theater revisits the play that put them on the area cultural map – horror guru Clive Barker’s The History of the Devil.

The History of the Devil takes place at the Devil’s parole hearing, where the audience attends as would-be jurors and are transported back in time via vignettes of testimony that illustrate the Devil’s actions throughout history. Notable appearances in the court and during flashbacks include Dante, Jesus Christ and Lilith.

In The History of the Devil, the prosecution argues that the Devil’s presence on Earth has had a disastrous effect on mankind, whereas the defense counters that the Devil is – and always has been – man’s greatest scapegoat. The Devil demands that he be found innocent and be released to return to Heaven.

Throughout the play, as we examine how the modern world views the archetypal battle between good and evil, we are faced with many core questions: Has the Devil wreaked havoc on Earth, or has he simply been an innocent observer of the human condition all these thousands of years? Does any being, no matter how terrifying it may seem, deserve an eternity of suffering? Does even the Devil eventually deserve Paradise?

A mixture of Decline and Fall, Paradise Lost, Perry Mason and Flash Gordon.

The History of the Historians

The History of the Devil was written in the early 1980s, and published in 1995 as part of a collection of plays called Incarnations. Clive Barker never intended the play to be published, originally writing it to be developed and performed by his own London theatre, The Dog Company, with himself as director and Doug Bradley (who would eventually gain fame as Pinhead in Barker’s Hellraiser films) as the Devil. Since 1995, the play has been performed all around the world, often resulting in banned productions in some cities that deemed the content “too blasphemous”. According to Clive Barker, The History of the Devil is a story best described as “John Milton meets John Grisham.”

Jobsite originally produced The History of the Devil in 1999. It was the third play they performed at TBPAC, while they still split time at Ybor’s Silver Meteor Gallery, with late night performances that took place at 10pm. Jobsite now performs exclusively at TBPAC, and in their eleventh year, they are boasting over 41% more season ticket holders than they did in 2007–08. The 1999 production of The History of the Devil averaged 134 attendees per performance, with lines wrapping around the corner of the building on many nights full of people hoping to get a ticket. It was Jobsite’s first major blockbuster.

The History of the Devil teaser

See Devil for free if you share your thoughts with Sticks

We always talk about word of mouth support for our shows being key to our success. It’s even more critical when we can’t get all

Jobsite Theater, resident theater company in TBPAC’s Shimberg Playhouse, is very proud to announce that we are now a Member Theater of Theater Communications Group

Get into the spirit

Could it be… Satan? – Creative Loafing 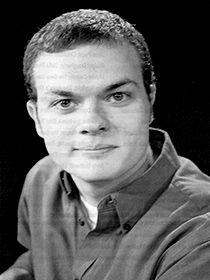 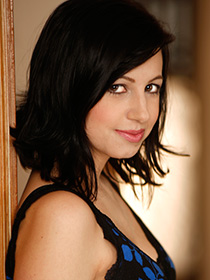 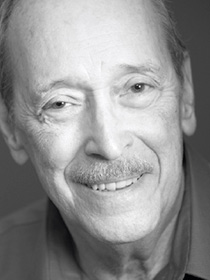