A fine production.... Original, unpredictable, poignantly lyrical.... Expect humor, whimsical plot developments, sudden insights and an all-too-justifiable fixation on death. There are several coups-de-theâtre.... The Jobsite team delivers fully with every performance. – Creative Loafing
The six-person cast, directed by David M. Jenkins, is phenomenal, delivering some of the most uniformly excellent acting you're likely to see on a Tampa stage this year. – St. Petersburg Times
...an innovative play ... tender yet exasperated, as though [Ruhl's] head-flicking us and asking why we don't do a better job connecting. ...the cast [is] hugely talented, subtle and charming. – Tampa Tribune
Previous
Next

An incessantly ringing cell phone in a quiet café. A stranger at the next table who has had enough. A dead man with a lot of loose ends. So begins Dead Man’s Cell Phone, a wildly imaginative new comedy by playwright Sarah Ruhl, recipient of a MacArthur “Genius” Grant and Pulitzer Prize finalist for her play The Clean House.

Dead Man’s Cell Phone is an odyssey of a woman forced to confront her own assumptions about morality, redemption and the need to connect in a technologically obsessed world.

… beguiling new comedy … Ms. Ruhl’s work blends the mundane and the metaphysical, the blunt and the obscure, the patently bizarre and the bizarrely moving.

It turns out to be a wake-up call that sends her to an uncomfortable encounter with the dead man’s mother (Elizabeth Fendrick, making her Jobsite debut), a date with his brother (Michael C. McGreevy, most recently seen as Sgt. Match in What the Butler Saw), a drinking binge with his wife (Katrina Stevenson, 2004 Best of the Bay – Best Actress), and a mysterious rendezvous with a strange woman (Summer Bohnenkamp, who just completed Jobsite’s run of boom! as the pink-coiffed museum docent), not to mention trips to the afterlife and the black market. In this quirky modern adventure, Jean reconnects to her own spirit and learns that life is for the living.

Ruhl's zany probe of the razor-thin line between life and death delivers a fresh and humorous look at the times we live in.

Be the first to see this dreamy, quirky, funny piece of theater.

Paula Vogel: Did You Know?

Jobsite opens our 11th season in a month with the hilarious and touching non-traditional family comedy-drama, And Baby Makes Seven, penned by Pulitzer Prize winner 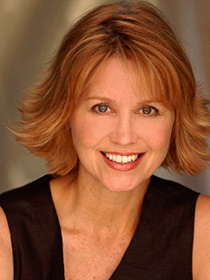 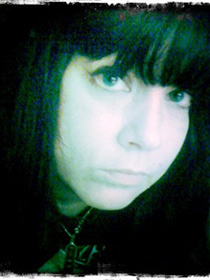