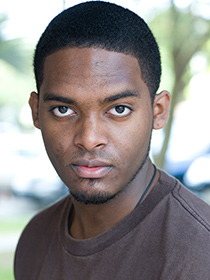 Dayton Sinkia was most recently seen as Paul in the production of Barefoot in the Park. He is currently a student at USF majoring in the performing arts. He started acting as a child in Toronto Canada and performed improv at the Young Peoples Theatre. Since then he has been seen as Officer Mullen in Rebel Without a Cause, Lysander in A Midsummer Nights Dream, Skelly Manor in Rimers of Eldrich, Ira Bienstock in Close Ties, Justin Waverly in Dearly Beloved, God in God … It’s a tough Job, Truffaldino in A Servant of Two Masters, various characters in The Good Doctor and was in several other plays and short films. He has also performed at Second City in Toronto and Improv Olympics in Los Angles. During his free time he likes to write, read, party and spend time with his family and friends. He does ‘not’ like long walks on the beach. He likes short ones and then he likes to play in the water a little bit. Dayton would like to thank Jobsite for this opportunity and everyone involved with the NotLD production. He would also like to thank his wonderful family and friends but only the wonderful ones.