Jobsite offers another tantalizing treat in our successful lineage of shows for the Halloween season: Howard Brenton’s literate and darkly funny Bloody Poetry, a gorgeous retelling of the famous “Haunted Summer” of 1816 that features Mary Shelley, Lord Byron and Percy Bysshe Shelley in a time where poets were as revered and reviled as today’s rock stars. Full of sex, death and ghost stories, audiences can expect an eerie, potent and engaging piece of theater by a modern master.

In Bloody Poetry “Mad, bad and dangerous to know” George, Lord Byron (David M. Jenkins) meets the sickly radical poet Percy Bysshe Shelley (Chris Holcom). They are introduced via a shared mistress, Claire (Kari Goetz). Along with Bysshe’s wife and fellow writer Mary Shelley (Dena Cousins), these four form a ménage a quatre in the oft-chronicled “Haunted Summer” of 1816. Tagging along behind Byron is his socially-inept personal physician and unauthorized papparazi-like biographer, Dr. Polidori (Jason Vaughan Evans). Haunting Bysshe throughout is the spirit of his first wife, Harriet (Summer Bohnenkamp).

During their first meeting in Geneva flows brandy (at least for Byron, Bysshe didn’t drink), free love and the greatest Romantic poetry the world has ever known. They challenge and delight each other with ghost stories, poetry recitation and political debate. Meanwhile in the mind of Mary Shelley, Frankenstein’s monster waits to be born.

These figures were a century and a half ahead of their time. They pioneered the classic Romantic quest for a modern Utopia. They advocate atheism, Platonic ideals and free love. “All of us will become magnificent,” says Mary. “Let us play at gods and goddesses.” However, for Byron and his circle to do so and “to live and love without fear” there is a heavy price to be paid.

While there is an abundant source of theatrical adaptations and inspired pieces based on great literature, very little exists based on literature’s greatest writers themselves, especially the Romantics.

Lord Byron and the Shelleys wrote in a very unique period of Western history. In a time of cultural upheaval, when England’s (and Europe’s) political and economic axis was end over end, great thinkers were finding the new light. Bloody Poetry’s subjects are the artistic contemporaries of Paine, Jefferson and (quite literally) Godwin and Wollstonecraft. These were not simply poets, waxing over nature, beauty, and religion. These deans of England’s “Satanic School” of literature were visionaries, philosophers, revolutionaries in a time that would critically shape a new turn in Western civilization.

Brenton is doing something markedly ambitious in this phantasmagoric play. He is celebrating the idea of the committed artist who seeks to stir and provoke sullen, defeated bourgeois England. At the same time, with clear-eyed honesty, he shows how difficult it is to upset the moral order. 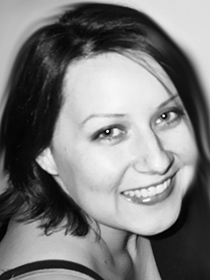 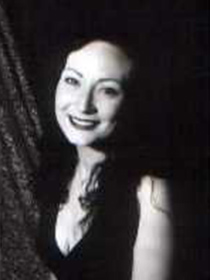