Today’s post is actually about a few things. Since I assume it is pretty much only the Jobsite faithful (artists, season ticket holders, etc) who ever reads these things, I want to make sure I am clear who my audience is right now: passive to die-hard fans of the company. Artists, you might wanna stop reading now unless you just wanna be informed, because to you I will be simply preaching to the choir.

I always find it a bit tickling when someone comes up to me after a show, usually a few days to a few months later, to tell me what they thought a show “meant.” Usually they are seeking approval if they got it “right.” If you’ve ever known me as a professor or a late-night debater, I am way too slippery to answer a question like that. I swim in vast oceans of ambiguity, and I like it. 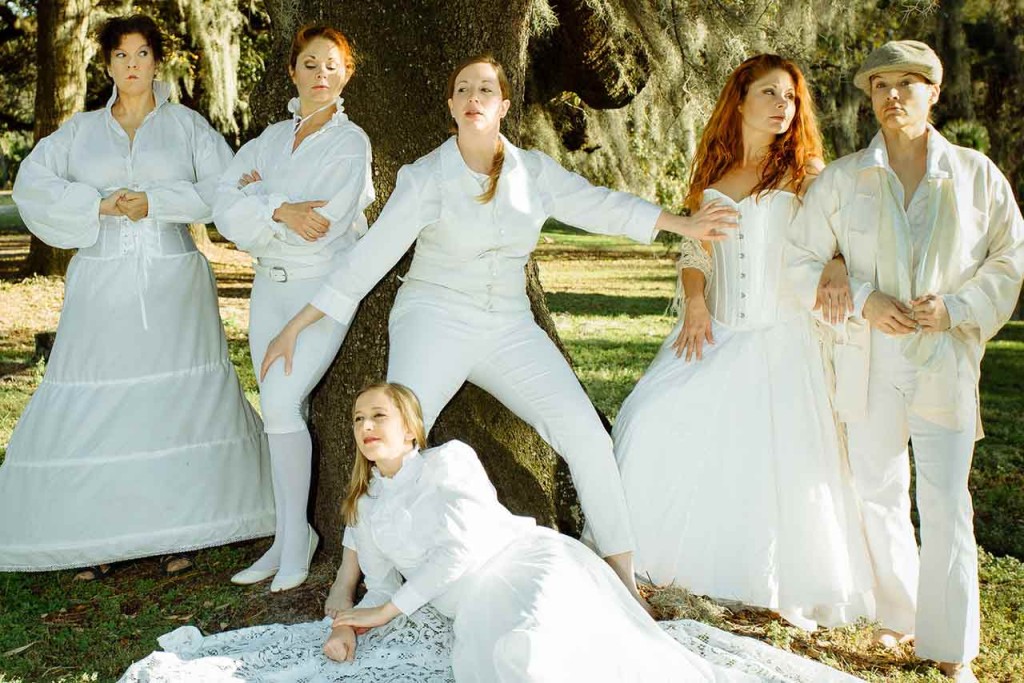 The reason is because it’s not up to me to tell you what you took away from a show. There really isn’t a right answer. I may have had something I felt the work really said, or something added to the author’s voice that I felt I was also trying to tack on in a show, but I can’t control what other people think. As Roland Barthes asserts, the death of the author is the birth of the reader. Similarly, the death of the director is perhaps the birth of the audience. 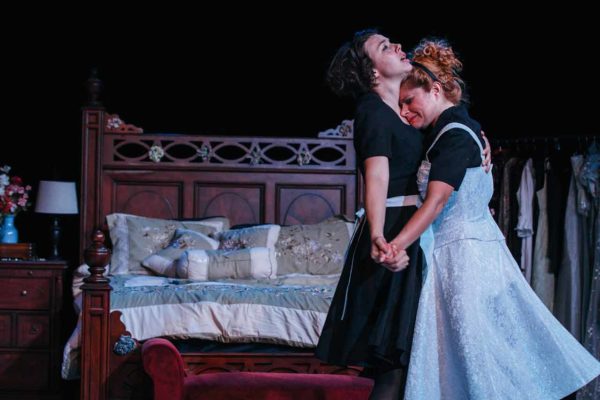 We all have unique standpoints, lived experiences, and personal identities. These things necessarily change how a work of art is seen from one person to the next. And I am just poststructuralist enough that I’m not obsessed with fixing meaning. I had a lot of fun playing this game with our production of The Maids. SO MANY people sought my approval on their take-away. I wasn’t about to give it. Although, I heard some truly fascinating theories and incredibly insightful observations from folks. And, to me, this is one of the best parts about what thoughtful live theater does — it inspires conversation, comparing notes, and debate after. This happened over and over again with our production of RACE, many times in the theater immediately after during talkbacks (before Mamet started banning them). 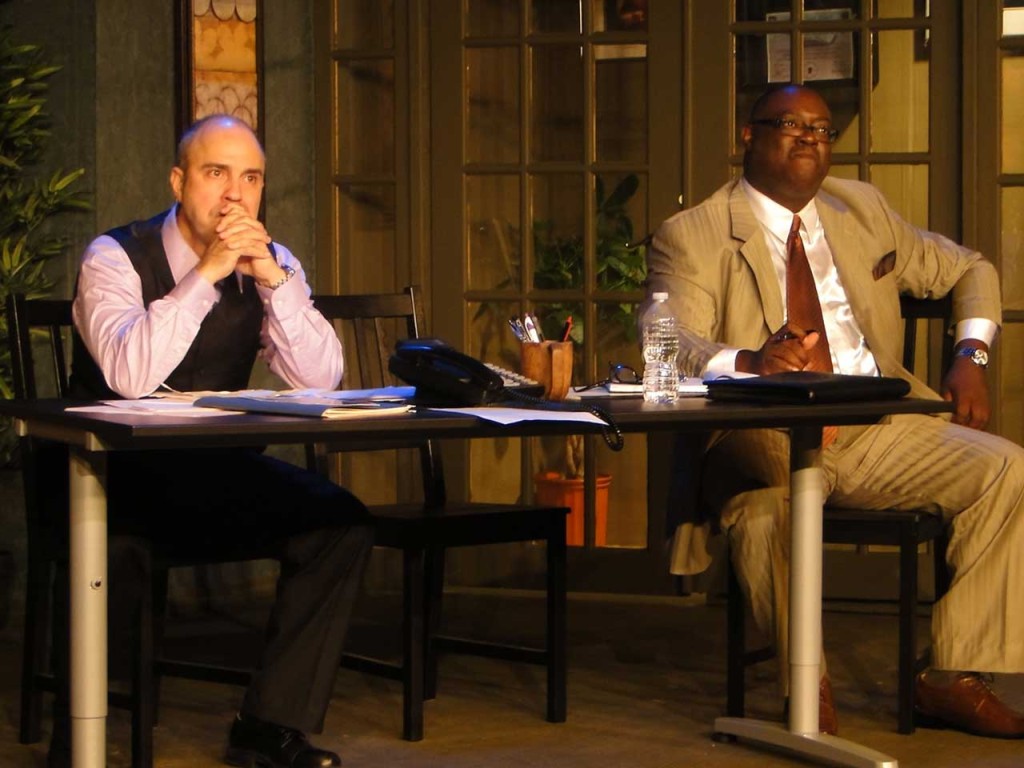 Sometimes that can backfire, of course. There is at least one person who did not get the satire at the heart of Cloud Nine. She felt the show made fun of women, the LGBT+ community, pedophilia, incest, and genocide. I tried, unsuccessfully, to defend what I believe the play is actually getting at and what our production was after. She wasn’t having it, and that’s her right. So I apologized, extended an invitation for her to come back to another show so that hopefully we change her overall opinion of our company (because I can’t change it about this particular play), and am hopeful next time she comes she has a better experience. It’s upsetting, but there’s not much else I can really do.

I’ve heard some folks immediately after this show say they weren’t sure they “got it,” and I’ve also said that’s ok. Sometimes it takes hours, or days, or weeks. I am reminded of this review of The Maids by Cathy Salustri at CL. Sometimes some folks might never “get it,” which is also ok. I would still argue the experience was still hopefully worthwhile to witness great performances and storytelling and all else that live theater entails, and that it is a worthy exercise to reflect back on that experience as well as one’s own place in the world and see if they can sort it out. You still don’t get it at the end? That’s ok. There’s plenty I don’t get. 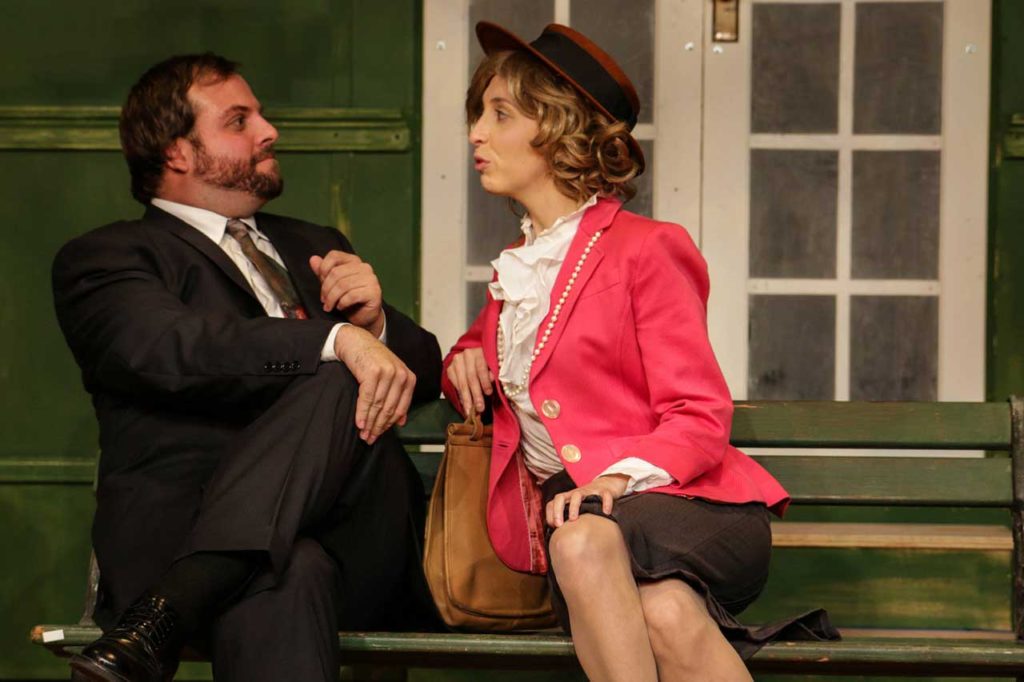 Part of our mission is to challenge audiences as well as well as ourselves. Cloud Nine is a play that does both of those things. In emailing back and forth with Mark Leib from CL this week, he made a comment that he thinks Churchill might think too highly of the audience’s ability to get her point, which I can see. I also find though that when I sit and chat with someone long enough, they tend to “get” things far more than they give themselves credit for. We’re trying to challenge audiences through theater to think more critically, which we believe will result in a better citizenry and so a better community. The many issues batted around in Cloud Nine, despite the problematic aspects of how certain ones are handled (a topic for another post), are highly relevant today.

Theater is a live, dynamic, emergent art form and a lot of the stuff going on between the performers and the audience escapes words. Cathartic moments are often those that we frustratedly try to explain before finally saying, “you just had to be there.” And, sometimes we WERE there and all that stuff swimming around in our minds and viscera takes some time to coalesce into words. And THAT is precisely the beautiful thing. Not the “right answer” that pops out of the other end. It was always about the journey.

Of course we only have these opportunities to present work like this — challenging, non-linear, more “experimental” plays — because of the broader support of the community. Because we have people who not only give to help us offset our production costs versus realistic box office expectations. And, to me, most importantly because we have a growing body of season pass holders who trust our brand and who trust that the plays we bring to the stage every year were chosen for a reason, usually many reasons. Owning that season pass is a vote of confidence for the company and our mission. It shows that despite the genre of the play that you trust us, that you believe in us, and that you want us to be able to continue to be us. Don’t forget that our best deal on those expires on Sun., Aug. 6!

These recent survey results (have you taken it?) combined with my own experience shows that our dearest fans have the widest of tastes. As many of you love our “loud” Jaeb musicals as do not. As many of you “aren’t into the Shakespeare” as consider it the highlight of the season. As many of you want new off-the-wall daring plays as want more classics and old standbys. We cannot be all things to all people all the time, but with your support we can always be us and in doing that we will always be here for you. 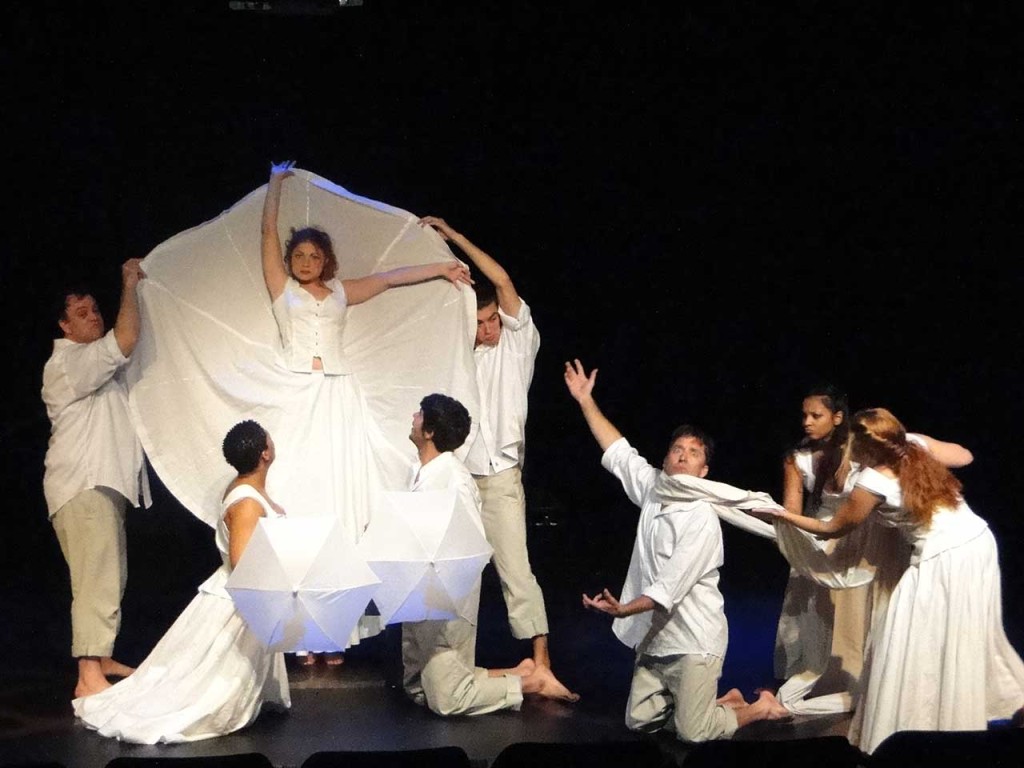