Powerhouse performances, a provocative script, incredible set and make-up, and an important theme brought to life with intelligence and empathy. It's one hell of a strong show. And when you leave the theater, you replay the scenes, the debates, the meanings, in your head. It stays with you, and like viewing photographs of war, her work ultimately leaves you haunted. – BroadwayWorld.com (Nason)
Credit Jobsite for choosing the play and a tight ensemble that keeps you focused on the story ... close enough to reality to keep audiences engaged, and the full house on opening night seemed to be fully dialed in. – Tampa Bay Times
4 Stars. One comes away from the theater feeling just as one might after seeing a remarkably revealing realist painting ... first class in every way ... It’ll give you lots to think about, and much to feel. I can’t think of any other drama quite like it. – Creative Loafing
Donald Margulies' play is uncomfortably fitting today. This foursome presents the issues in a thoughtful manner, and creates a solid platform for further discussion about war, love, fidelity, and forgiveness. – BroadwayWorld.com (Fantal)

From Pulitzer Prize-winner Donald Margulies (Dinner with Friends, Shipwrecked! An Entertainment, Sight Unseen, The Model Apartment) comes a moving and often hilarious story of morality, relationships, mid-life crises, and the bonds of friendship.

Widely hailed as one of the best Broadway plays of the past ten years, Time Stands Still tells the story of James and Sarah, a journalist and a photographer, who have been together for nine years and share a passion for documenting the realities of war. After barely surviving a bomb blast in Iraq that has left her scarred, Sarah, a photojournalist, finds herself caught in a tug-of-war between her exhilarating career and the contentment of domestic life.

Returning home into the care of her long-time boyfriend James (whose scars are psychological), Sarah is caught off guard by his desire for the simple family life pursued by Richard, their editor, and his much younger girlfriend Mandy. Time Stands Still is a blazingly important new work about responsibility – to ourselves, to our loved ones, to our community, and to our world.

Time Stands Still focuses on Sarah and James, a war photojournalist and her foreign correspondent boyfriend, who are trying to find happiness after their return from Iraq in a world that seems to have gone crazy. Theirs is a partnership based on telling the toughest stories, and together, making a difference. But when their own story takes a sudden turn, the adventurous couple confronts the prospect of a more conventional life.

Mr. Margulies has received grants from the National Endowment for the Arts, The New York Foundation for the Arts, and the John Simon Guggenheim Memorial Foundation. In 2005 he was honored by the American Academy of Arts and Letters with an Award in Literature, and he was the recipient of the 2000 Sidney Kingsley Award for Outstanding Achievement in the Theatre by a playwright and the 2014 PEN/Laura Pels International Foundation for Theater American Playwright in Mid-Career Award. Mr. Margulies is an alumnus of New Dramatists and serves on the council of The Dramatists Guild of America. He is an adjunct professor of English and Theatre Studies at Yale University.

Seeing the Other: how the West sees the East through cultural products and the media

Though Time Stands Still is at its core a love story, the play brings up many critiques of how Western news and art packages and presents the Arab-Islamic world, as well as all non-Anglo-Americans. How are we duped by such representations, and what are those narratives trying to tell us? How might we resist and subvert them to allow for other possibilities? How can we hold ourselves and each other more accountable? Informed by Postcolonial scholarship like Edward Said’s Orientalism, Producing Artistic Director David M. Jenkins, PhD, will lead a discussion using the play as a jumping off point to discuss how these themes impact us daily on a panel that includes the creative team of the show with Laila Abdelaziz, Muaaz Hassan, and Katherine Heffner from CAIR Florida.

News, Art, and Ethics: the problem of representation in a culture of instant gratification

In an interview with Ariel Ramchandani, playwright Donald Margulies says though this is first and foremost a story about relationships that this play “questions, among many other things, how we represent and digest unimaginable events, whether in photography, in writing, or in popular culture.” Sarah claims that she does an important job, that without her photographs many may not know or comprehend human tragedies around the world. Alternately, her boyfriend James attacks the theater for being nothing more than preaching to the choir, a way to assuage liberal guilt. Tampa Bay Times writers Susan Taylor Martin (senior foreign correspondent from 1997 to 2011, covering wars in Kosovo, Iraq, and Afghanistan) and Ben Montgomery (nominated for a Pulitzer Prize for his series “For Their Own Good” about the Dozier School) join with the cast and members of the creative team. Producing Artistic Director David M. Jenkins (also James in the show) holds a PhD in Performance Studies, and his research always seems to come back to the complex problems of representation.

The races are really heating up! Please take a moment and cast your votes in the 2016 BroadwayWorld.com Regional Awards! The polls close Saturday, December

With the end of the year upon us I was hoping that you would take a moment and vote in the regional BroadwayWorld.com awards (ugh, I

We’re happy to once again participate in The Tampa Riverwalk‘s Fourth Friday event! Anyone showing up to the Straz Center box office window with a 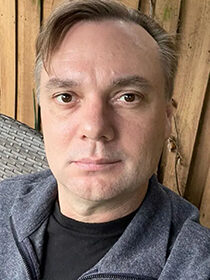 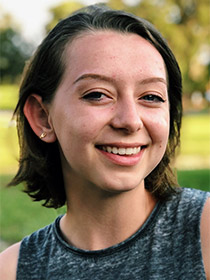 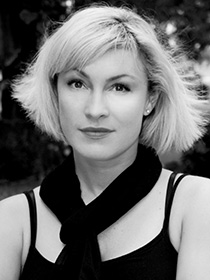