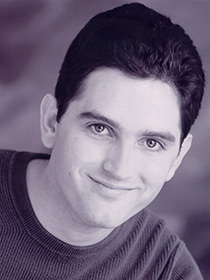 Stephen Ray was born a farm boy named Westley who wanted nothing more than to satisfy his mistress’s every wish and has worked his way up through life on his journey to become the Dread Pirate Roberts. For the last five years he has worked for Stages Productions, a theater company for families based out of Seminole, Florida, where he is currently the assistant production manager as well as one of the resident actors. Stephen was last seen in Jobsite’s Woman in Mind alongside Ami Sallee Corley (he‘s very happy to be working with her again). Other productions include Incorruptible (Hat Trick), the original production of The March of the Kitefliers (Jobsite), Machinal (Jobsite), rednecks with shaved heads (Peninsula Arts), The Sandman Says Goodnight (Invictus), and Full Moon Rabbit Dance (Florida Playwrights) as well as a few others. He would like to thank God for blessing him with a beautiful wife, Jan, and wonderful daughter, Valerie, great parents, family and friends – thanks for the love and the laughter. He is also overjoyed for the glorious opportunity to perform with Jobsite again. To blathe!!!!