The virtues of Dancing at Lughnasa [are] many.... It captures a family’s joys and sadnesses, and the quickness with which one state can lead to the other, with an unsparing loveliness ... a magical glimpse into characters frozen in time, like fossils lifted out of the ground and briefly injected with life. It features some strong performances.... At times, a sense of fleeting beauty captivates. – Tampa Bay Times
You want to give yourself over to such misty memories and rosy recollections of what life was like even while you sit in that small, appreciative audience and consider the harsh, bitter realities right outside this stage. But for a moment, we are transported by music, dance, language, laughter, love. This is what live theater does best, and Jobsite's efforts [here] confirm that making art is definitely part of the cure. – Creative Loafing

This extraordinary play is the story of five unmarried sisters eking out their lives in a small village in Ireland in 1936. We meet them at the time of the festival of Lughnasa, which celebrates the pagan god of the harvest with drunken revelry and dancing. Their spare existence is interrupted by brief, colorful bursts of music from the radio, their only link to the romance and hope of the world at large.

The action of the play is told through the memory of the out-of-wedlock son of one of the sisters, as he remembers the five women who raised him: his mother and four aunts. He is only seven in 1936, the year his elderly uncle, a priest, returns after serving for twenty-five years as a missionary in a Ugandan leper colony. For the young boy, two other disturbances occur that summer. The sisters acquire their first radio, whose music transforms them from correct Catholic women to shrieking, stomping banshees in their own kitchen. And he meets his father for the first time, a charming Welsh drifter who strolls up the lane and sweeps his mother away in an elegant dance across the fields. From these small events spring the cracks that destroy the foundation of the family forever.

Dancing at Lughnasa runs approximately two hours and 25 minutes, including a 15 minute intermission.

We’ve made many, many trips to the Emerald Isle over the years, primarily through the mayhem-fueled plays of Martin McDonagh (most recently A Skull in Connemara). We’ve got a soft spot for the west country, and this beautiful, bittersweet play is a comforting, cozy way for us to end our 19th season. In telling the story of five sisters, it also gives us a great platform to showcase the wealth of great women who make up our ensemble. The show subtly and deftly touches on themes of the family, of faith, of progress, and ultimately of our unique desires to be free.

We all have friends and family networks. You don’t have to have five siblings to understand the many complicated dynamics in any social group. We all have desires, yearnings, urges that we tamp down for one reason or another. Anyone who witnesses this play is moved, watching these Mundy sisters in that moment of release, shrieking out into the night sky and giving over to the primal power of music and dance. Set in the 1930s, this play provides us an escape in a time we can all use it, yet still holds relevance and speaks to our interpersonal conflicts today. This play is full of crisply drawn characters, a fascinating story, and poetic dialogue. It will surely suck you into this world long gone by. 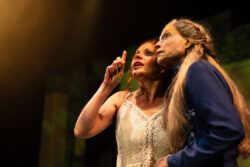 Enjoy our promotional videos, interviews, and more with this Vimeo playlist. We will continue to update this playlist through the run! 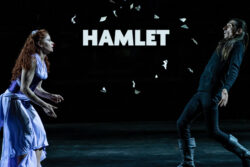 From Gilligan’s Island to The Lion King, you know your Shakespeare better than you think. 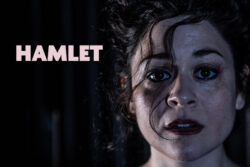 Bill DeYoung spoke to a few of the artists involved in the show. 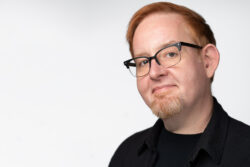 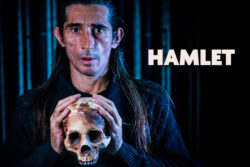 Hamlet has long been argued as “the best play written in the English language.” While that might be an impossible claim to prove, its influence