Yesterday we learned we were once again voted Best Theater Company in the Creative Loafing Best of the Bay Awards. In addition to that honor, our eighth win in the category, A Midsummer Night’s Dream was voted Best Theater Production and David M. Jenkins Best Stage Director. 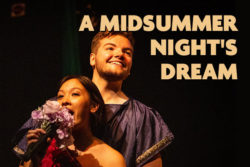 From David: “I can’t emphasize enough that Midsummer was a three-headed love-child from the start: Katrina Stevenson, Jeremy Douglass, and I spent months in advance of going into production conceptualizing the world we wanted to create and how we wanted to accomplish it. Then we brought in Brian Smallheer (set, lights) and Spencer Meyers (Bottom mask and fairy court crowns) to round out our design team — Teah Banks (stage manager) was even firing up her hot glue gun and getting crafty to help with props. Add all that to a cast of 13 gifted and gracious performers, a majority of whom were new to our stage, and it was just a powderkeg of creative energy that I’m thankful to have been part of. This is a true team win. As awful as 2020 has been, as pained as I am about this shutdown of normal operations, nothing can diminish the memory of that show.” If you missed the full list of all our BoTB nominations, visit this post. 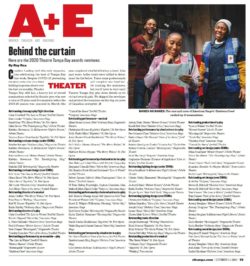 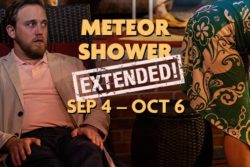