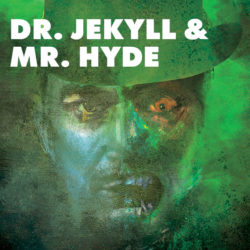 Jobsite is accepting audition materials for our Oct./Nov. 2021 production of Jeffrey Hatcher’s adaptation of Dr. Jekyll & Mr. Hyde. This is a 7-week contract (extendable to 8), paid bi-weekly. We are currently unable to hire members of AEA and so ask that members do not send materials.

On the fog-bound streets of Victorian-era London, Henry Jekyll’s experiments with exotic “powders and tinctures” have brought forth his other self: Edward Hyde, a sensualist and villain free to commit the sins Jekyll is too civilized to comprehend. When the dastardly Hyde meets a woman who stirs his interest, Jekyll fears for her life and decides to end his experiments—but Hyde has other ideas. The two sides battle each other in a deadly game of cat-and-mouse to determine who shall be the master and who his slave.

This play presents a new and shocking version of Robert Louis Stevenson’s classic tale of depravity, lust, love and horror.

**PLEASE NOTE** due to overlapping schedules, it is not possible to be cast in both Dr. Ride’s Ride’s American Beach House and the following production, Dr. Jekyll & Mr. Hyde.

All roles may be played by actors of any ethnicity. This is a physically demanding production and most performers will need to be able to switch characters seamlessly, sometimes on stage mid-scene. We are looking to create a visually dynamic, powerful ensemble of performers who reflect the community we are honored to serve.

Dr. Henry Jekyll: 30s-50s, male-identifying. A brilliant, educated and highly ethical man. Seeks to control both humanity’s and his own dark desires.

Actor 3 (Hyde, Gabriel Utterson, Surgical Student 2): 30s-50s, open to any gender identity or presentation. Utterson is a general solicitor and Jekyll’s friend. Dignified, perhaps curious even if unimaginative.  A keen observer troubled by the appearance of Hyde but is devoted to reasonable explanations over the possibility of the supernatural.

Actor 4 (Hyde, Sir Danvers Carew,  O. F. Sanderson, Richard Enfield, Inspector): 30s-50s, open to any gender identity or presentation. Carew is the chief surgeon of the College of London hospital — a corrupt, sadistic man who is Jekyll’s professional foe. Sanderson is Personal Enquiries Agent. Enfield is a friend of Jekyll and Utterson, reserved, formal, and scornful of gossip.

Actor 5 (Hyde, Dr. H. K. Lanyon, Surgical Student 1, Hotel Porter,): 30-50s, male-identifying, physically imposing, strong Scottish accent a must. Dr. Lanyon is Jekyll’s friend and a practicing physician, a Scotsman with an exuberant laugh who serves as a foil for Jekyll. Doubles for the majority of the play as Hyde.

There are a number of smaller roles which will be divided up amongst all the actors except for the actor who plays Henry Jekyll.