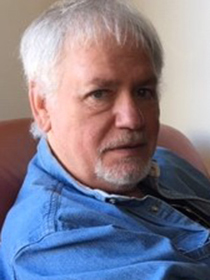 Jim Wicker is pleased to return to Jobsite Theater, where he previously appeared in Yellowman with the remarkable Fanni Green. Other recent credits include Last Cigar, Twelve Angry Men, Dracula, My Fair Lady, and King Lear. Jim is the literary manager for The Radio Theatre Project, which performs at the Studio@620. He has featured roles in locally-produced films, Waiting on Mary and The Lost Digit. A retired drama teacher, Jim now divides his time between his homes in Tampa and the Blue Ridge Mountains of North Carolina. His life is good.