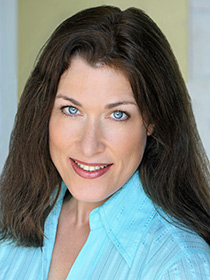 Dana Kovar found her passion for theater later than most. After years of hearing her husband, Charles, tell her that she is a performer at heart, she visited the local community theater and got a part. She stepped onto the stage for the first time in her life a few years ago and she was hooked! She dove into performing and has appeared in several productions in the Tampa Bay area. Dana has appeared in several commercials for local and national markets and is also a voice over artist (and is having the time of her life!)