Maids Interview With The Times 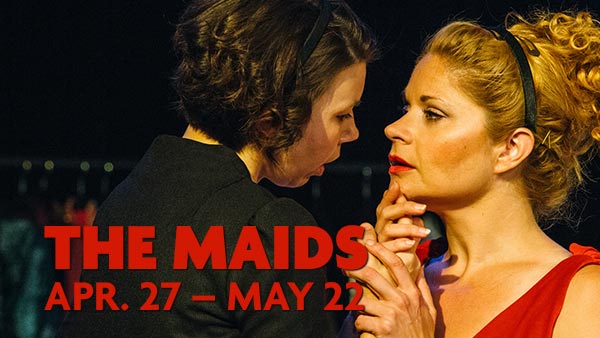 Andrew Meacham at the Times asked me about The Maids over email. Here are my responses.

I understand what Genet (and Jean Paul Sartre) was likely after in having a desire for men to possibly play these parts and that was, in my estimation, a lot more intriguing of an idea in the late ’40s. He really wanted to distance his audience from the idea of truth or reality in watching the play, he wanted them constantly reminded that it was false, that these were not real people.

That’s sort of been done to death, as has gender-switching, and I don’t think a modern audience needs that necessarily when it comes to this particular play. The Shimberg is such a small space we don’t get “lost” in the illusion as easily. I mean, we can all see each other when the audience wraps around the stage the way we typically use the room.

The play is a ritual, a ceremony. The maids even refer to their role-playing as ritual, ceremony, and the game at various times. What I think is really, really fascinating about this play – and the text does not give very clear overt answers – is trying to sort out if these role-playing fantasies are rehearsal for actions they want to take, or if the object of the play is just play itself as a kind of pressure-release mechanism. Also, the way the play unfolds in front of you as an audience member you’re never exactly sure what’s real, who is really who at any given moment, what their true desires and motives are, and how the whole thing is going to turn out until the very end. Even at that point people are going to interpret things differently. 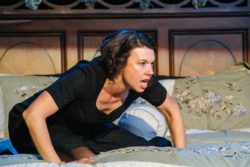 It’s an incredibly psychological piece, and very primal in emotion while poetic in wordplay. Genet is primarily known as a literary figure, not a dramatist. We’ve decided that these are the most interesting aspects of the play – the ambiguity of it all, the metatheatrics and ritual, the mystery and suspense, the primalness – and so that’s what we’ve really focused on making and on highlighting. I think people are really going to be engaged by this, caught up and swept away while being kept on their toes. I’ve seen productions and read about productions where they’ve really just focused on the eroticism or the absurdism/surrealism of it and again, I don’t think that’s as impacting to a modern audience as it may have been in the ’40s or heck, even 15 years ago.

Finally, I can’t say enough good things about these three ladies, they are easily among the best we have in the region and people are really going to be blown away. This is an intense hour and a half that I guarantee people are going to be talking about for a while after they leave.