In the American theater we are guided by the principle that we can “change the world, one play at a time.” What if it was also one day at a time with the same play? On Friday, Juneteenth, (June 19th), theater communities around the country will provide their response to the current moment – the civil uprising that has come as a reaction to the murders of George Floyd, Breonna Taylor, Ahmaud Arbery, and countless others before them. The need for collective action and a collective commitment to speak the truth has never greater. Now more than ever there is a tremendous opportunity to dismantle systemic racism. This is true everywhere, including the American theater. This spark of an opportunity, coupled with Vincent Terrell Durham’s writing, has erupted in simultaneous free readings of Durham’s new play, Polar Bears, Black Boys, & Prairie Fringed Orchids.

A finalist for the 2019 National New Play Network’s National Showcase of New Plays, with a surprising amount of humor the play speaks to gentrification, white fragility, the Black Lives Matter movement, and police violence against Black bodies.

The stream is free, but viewers are encouraged to donate to one of these worthy charities:

We’re proud to have joined over 40 theaters around the country in offering this play. In the San Francisco Bay Area alone over 30 theaters have joined together under the auspice of the PlayGround Zoom Fest and in partnership with SAG-AFTRA.

About the Play
A liberal white couple open the doors of their renovated Harlem brownstone to host a cocktail party for a Black Lives Matter activist, his gay white lover, and the mother of a slain 12-year-old black boy. A night of cocktails and conversation spark emotional debates ranging from under-weight polar bears, Lana Turner, saving the planet, gentrification, racial identity, and protecting the lives of black boys. The run time is approximately 75 minutes. 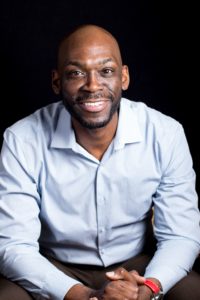 Vincent Terrell Durham is a scriptwriter, author and poet who first honed his storytelling skills as a stand-up comic in comedy clubs across the country. His plays include The Fertile River, Vol. 1, A Post Racial America, and Polar Bears, Black Boys & Prairie Fringed Orchids, among others. Polar Bears, Black Boys & Prairie Fringed Orchids was co-commissioned and developed by PlayGround and Planet Earth Arts and is a 2019 NNPN National Showcase of New Plays finalist.