Whew. We’re up and running!

If I said that the last few weeks have been busy, it would be a ridiculous understatement. We’ve had personal emergencies, personal crises, professional obstacles in regards to the script and development on the show, typical technical challenges when dealing with a large set and just about everything else that can humanly be thrown at us – to include uninvited guests on stage and an actor arriving at the theater 5 minutes after the show was to start due to traffic.

Some might call it the August curse, which some firmly believe follows us around.

I might just call it coincidence and a streak of bad luck. I also don’t throw my hands up in air easily.

In any case, despite it all we’ve got this thing up and running. It’s a good show. If only we could get the room cool enough to accommodate the bodies and the length of the show under those lights I’d be very happy. It’s gotten REALLY hot in there the last few nights as the second act has gone on.

We were 7 shy of selling our our preview. Last night and tonight were also sellouts. Opening night saw us get a standing ovation. Some have left before the show was over due to the content or the length (which we expected) and some have left early due to the heat (which kills us, and which we’ve hopefully fixed).

Like I said with Pillowman, this show is not going to be for everyone. At worst, I’ve gotten feedback that folks may not have liked the story but the acting was outstanding, and at best I’ve heard people go on about how honest and realistic a portrayal it is of the time and of those who depend so heavily on substances to get by in a world where they otherwise feel empty in.

Personally, I feel like it’s so very rare I get these chances. An opportunity to act rather than just perform. I perform a lot – from Jack in Kitefliers to playing around in the (abridged) shows – but it’s truly few and far between I get to sink into a character like this. I enjoy it and equally terrifies me.

That level of attention, energy and absorption is perhaps a reason I don’t do things like this very often. It’s hard to be a producer and the guiding artistic voice in a macro capacity when at the micro level you’re simply worried about yourself and what you have to get done as an actor. It’s a tight rope to walk.

Things have grown immensely on that stage over the last few days. It’s one of those shows that will continue to grow as it goes. It’s too intricate not to.

So hopefully with a few shows under our belt we’ll begin to settle into this thing. Hopefully those people who will enjoy the material get tuned into it and come out to see us.

Now we’re just hoping to sell tickets (and of course not lose money on the show). A good review or two wouldn’t hurt either.

As always, if you saw the show and have something to say (good or bad) feel free to comment. Thanks! 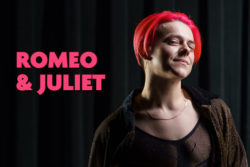