What a great opening night …

I spent the better part of yesterday in a low-level panic. Good thing I spent all day alone, that way I didn’t rub it off on anyone else.

Through the course of the day I went over my script a few times, worked bits I could do on my own, called in a few times about the light and sound board issues from preview and generally did a lot of pacing. About the best thing that came out of it was that I managed to do all the laundry in the house, which frankly was no small feat.

I ran a few errands later in the day, but clock watching was getting the best of me. That may be one of the worst things about a late-night show – you have a two extra hours to kill before you’re needed at the theater.

I finally gave in a little before 8 and just went in. I knew that This is How it Goes was rehearsing til 8:30, but I figured I’d sneak backstage, grab my guitar and take it into the dressing room in an effort to calm down. It worked, and by the time everyone else arrived, I was normal.

It’s really weird for me to get that worked up, I’m usually not nervous, but when you have that much of a technical nightmare during a preview – you have a right to be concerned.

We ran a few things we tweaked from the night before, and did our usual warmups then headed backstage for the house to open. All appeared to be right. My only paranoid moment backstage was basically refusing to wear the shirt I’d worn last night until it the suck had been washed out of it. I was taking no chances, so I wore one shirt through both acts (I usually have two so I can change at intermission. David = Sweat Machine.)

The opening night crowd was raucous and with us every step of the way. After just a few lines, I could feel the night we were in for. In short – the show went off without a hitch and by the time all was said and done we felt we had what we wanted.

Perhaps the worst part of the evening was missing about 20 folks out of what was alleged to be a sold-out house. Apparently, a batch of subscribers showed up at 8pm, thinking it was an earlier show. PLEASE ALWAYS CHECK YOUR TICKETS! I hear some exchanged their tickets to a future performance, but we think some may have left without speaking to anyone at the ticket office.

If you happened to be one of those folks who showed up early and didn’t either come back later or exchange for a later date, we will take care of you for a future performance. Simply call the ticket office between noon and 8pm – 813.229.STAR.

So – it seems we have a great show on our hands. Don’t miss it if you can help it.

Oh, and David H. – I know you read here, and I wanted to make sure to thank you for being such a good sport about being dragged up on stage. You looked horrified at first, but you were a real trooper. Thanks for playing along! I hope the polaroid came out!

Animals Out of Paper auditions 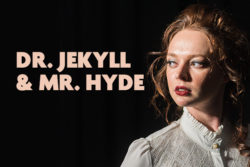 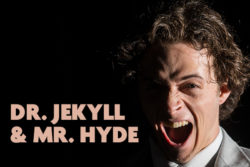