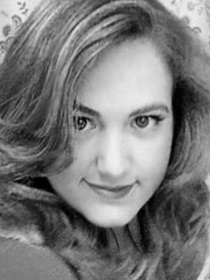 Kelby Siddons is an actor, director, designer, educator, and playwright who studied at Northwestern University. Her original plays have been performed in New York (Manhattan Theatre Club), Chicago, Houston, Milwaukee, and Jacksonville, where she recently won Theater Jacksonville’s 24-hour playwriting competition for the second year running. She directed Three Days of Rain at Players by the Sea, where she also appeared as Portia in Shakespeare’s Merchant of Venice, and was featured in The 5 & Dime’s first season as Helen in Fahrenheit 451 and Holly in Next Fall.