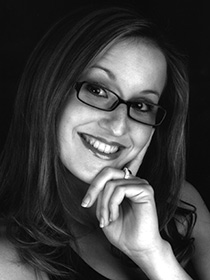 Heather Scheffel is a graduate of Sam Houston State University in Huntsville, Texas with a BFA in Musical Theatre and a minor in Dance. She has been performing at Busch Gardens in Tampa and Virginia for the past three years. She has been in several shows at both parks, including “Irish Thunder” and many others. Some more of her theatre credits include Sarah in Guys and Dolls, Hope in Anything Goes, Anne in A Little Night Music, and Narrator in Laramie Project. She was also invited to Broadway Theatre Project 2004. She recently moved to Tampa in March of 2006 and she loves it here! She’s very excited to make her debut at Jobsite and would like to thank her family for all their love and support through the years.