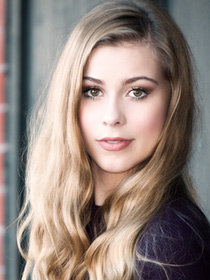 Olivia Sargent graduated from high school one year early in June 2017 and plans to take a gap year to further pursue the arts and audition in New York before applying to collegiate conservatory programs. In July, she attended a six week acting intensive at the Atlantic Acting School in New York City, studying Practical Aesthetics with acclaimed teaching artists. In summer 2016, Olivia studied Musical Theatre at the NYU Tisch School of the Arts in the New Studio on Broadway. In 2015, Olivia received high accolades for her roles Mary Tilford in The Children’s Hour, including one of Creative Loafing’s Top 10 Performances of 2015. Recently, Olivia was featured in an episode of Law and Order: SVU entitled “Motherly Love.” She also performed as Rosemary in the musical, How to Succeed in Business Without Really Trying. Olivia is also an accomplished dancer who has studied for over 15 years, and has a newfound love for creating choreography. She is overjoyed to be an apprentice at Jobsite Theater, and she welcomes this new experience with curiosity and excitement! A huge thank you to my generous father, Jeff Sargent, for supporting me no matter what; and my exceptional mother, Emilia Sargent, for being my acting teacher and encouraging me to grow!
Artist's Website