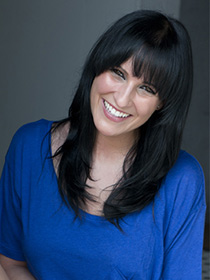 Mariana S. Rocha graduated with a theater degree from the University of Tampa, in May 2011. Since then, she has been a Theater Intern and TA at the Patel Conservatory, as well as the Acting Coach for Broadway Club, at the Winthrop Charter School. Mariana has appeared in plays such as Talking With…, A Midsummer Night’s Dream, Design For Murder, The One That Got Away, Ah! Wilderness, The Servant of Two Masters, The Good Doctor and The Dinning Room. She was also the Assistant Director for Die! Mommie! Die! and Falsettos, and the Director of the play-reading Birth. When not on stage, Mariana usually works behind the scenes, and has been stage managing, helping with lights, sound, costumes, make up, props, and set building for a few years, which reminds her to always appreciate all the people and work that bring a production together.