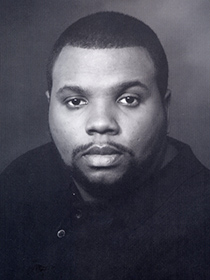 Derek Lance Jefferson worked on the following feature films: Lonely Hearts and Big Momma’s House 2, scheduled to be released in 2006. He was last seen on stage as Walter Lee Younger in A Raisin in the Sun at the Douglass Theatre in Macon, GA. By day, he teaches 2nd Grade at Sulphur Springs Elementary School. Derek is a proud member of the Omega Psi Phi Fraternity, Inc. Derek is excited about making his Jobsite debut in Topdog/Underdog. He has a BA in Drama from Morehouse College and he has also studied at Spelman College, the University of Florida and The Juilliard School. He would like to thank God, his mother, his sisters and the folks in Fort Valley, Georgia.