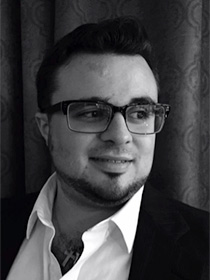 Newly relocated from New Orleans, Louisiana, David Gambino is a multi-instrumentalist specializing in woodwinds. Gambino has spent equal time on stage as he has below it (or in this productions’ case ABOVE it). Some have seen him on Stage as Marcellus Washburn in A.C.T.’s production of The Music Man, others have seen him playing Bari Sax in City of Angels for Theatre Baton Rouge. Most recently David was seen playing unnecessarily large instruments with Chuck Owen and the Jazz Surge for their release of a new album entitled “Whispers on the Wind” with guests Randy Brecker, Gregoire Maret, and Chick Corea. Gambino is currently a Graduate Teaching Assistant at the University of South Florida. Usually you’ll find him stuck halfway in a copy machine there, trying to print big band music for everyone.