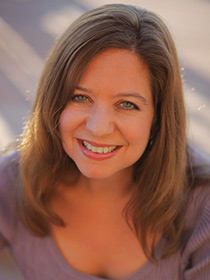 Suzy DeVore is excited to be making her Jobsite debut.  She is currently a full time assistant professor of theater at Hillsborough Community College at the Ybor Campus, where she has also directed Six Characters in Search of An Author and wrote the adaptation.  Other directing credits at HCC include Simpatico, Lysistrata, The Dining Room, 365 Days/365 Plays, and Betty’s Summer Vacation.  Her acting credits include local stage, film and tv productions as well as credits from her 12 years in NYC.  She holds an MFA in dramatic arts from The Actors Studio, Pace University, NYC and a BA in dance from Point Park University, Pgh, PA.  She would like to thank Gavin, Jobsite and the whole LNB cast and crew for a wonderful production, and you the audience for coming to see the show and supporting theater!