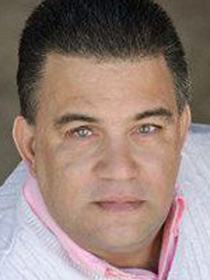 Pete Clapsis was last seen in 9 to 5 The Musical as Franklin Hart, Jr. at The Show Palace Dinner Theatre in Hudson under the direction of Karla Hartley. Earlier this season, he appeared as Dr. Abraham Yahuda in Terry Johnson’s Hysteria at both American Stage and at Wellfleet Harbor Actors Theater in Cape Cod, MA. Other recent roles include Ali Hakim in Oklahoma!; Wally Womper and Mr. Twimble in How To Succeed In Business Without Really Trying; and Burt Barry in 42nd Street. Other 2012 roles included Michael Minetti in Richard Alfieri’s Six Dance Lessons in Six Weeks and Father Brendan Flynn in John Patrick Shanleys’ Doubt: A Parable. Pete has done numerous staged readings at American Stage since 2011. Favorite parts through the years have included Pseudolous in A Funny Thing Happened On The Way To The Forum; Fagin in Oliver; Sheridan Whiteside in The Man Who Came To Dinner; Felix Ungar in The Odd Couple; Sydney Bruehl in Deathtrap. Additionally, he does voice overs, board operations and production for Radio Station WJQB True Oldies 106.3 in Hudson.