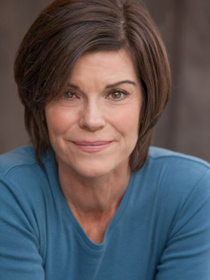 Angela Bond relocated to St. Petersburg from NYC in 1999. Recent roles: Mary in East Lansing (named Best Play of the 2014 Tampa Bay Theatre Festival); Barb in Motherhood the Musical at the Straz Center for the Performing Arts; Judge Carly A. Wray in Nashville (ABC-TV); Paige Gillespie in Sleepy Hollow (FoxTV); Lisa Flynn in Revolution (NBC-TV). Other credits: Gentlemen Prefer Blondes (Goodspeed Opera House and Broadway); Carlotta in The Phantom of the Opera (European tour); The Best Little Whorehouse in Texas with Barbara Eden; Gentlemen Prefer Blondes with Loni Anderson; and The Student Prince with legendary opera star Jerome Hines (Kenley Players). Local credits: Eva Peron in Evita (Players Theatre); Lilli Vanessi/Kate in Kiss Me Kate, the Narrator in Joseph and the Amazing Technicolor Dreamcoat, and Elvira in High Spirits (Golden Apple), Aldonza in Man of La Mancha (Show Palace); Hermione in The Winter’s Tale, featured performer in It’s a Grand Night for Singing, My Way and Tapestry (American Stage). She originated the role of Aretta Webb in the world premiere of Webb’s City: The Musical (Mahaffey Theater and Ruth Eckerd Hall). She has directed several shows in the area, including Rumors at St. Petersburg City Theatre, Grace at Studio@620 and Dinosaur Limbo at American Stage, and has taught acting both at the Patel Conservatory and American Stage.