We’re ready for our sold-out opening weekend of As You Like It!  We’re always trying to do what we can to build community and work with as many local partners as possible but this one just might truly take the cake.

Our season is already well-supported by a host of organizations and individuals who make our work year-round possible. At the start of December we learned of two more partners in Community Foundation of Tampa Bay and Saunders Foundation who both stepped up huge to allow us to expand our outreach efforts on our Shakespeare productions (side note: we’ve been using this as a hashtag for years, but can we just start calling this series #JobsiteRocksTheBard ?).

Around that same time I reached out to our friends at New Granada Records to see if they would be willing to collaborate with us on a Tampa-centric soundtrack and they not only agreed to join forces but had Pohgoh go into the studio and record a title track for us that we use in the wedding scene. Since then we’ve tried to drop easter eggs on stage thanks to help from local businesses like Goody Goody Burger, Urban Rooster Clothing, and Ybor City Jiu-Jitsu Club.

In short: Tampa is rad. 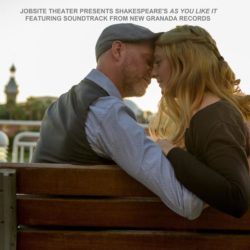 And now we’re to opening night, and I would be horribly remiss if I didn’t give a shout-out to two other businesses that consistently make these special for us: Rollin’ Oats Tampa and sister eateries The Refinery and Fodder & Shine. In just a few hours my truck will be full of baked goods from the former, glorious scents that will surely last through the weekend. After the show we’ll caravan down Florida Avenue back to The Refinery, a spot we haven’t done this at in years. It’s worth a story:

When The Refinery opened in 2010, they immediately reached out to offer up space on their rooftop deck for post-show shenanigans. We held many a cast party and other general post-show celebrations for several years. But it was deeper than that: you could always find a few of us there on a given night after a show, certainly on our off nights when they hosted karaoke, and for special private events like birthday parties and more than one baby shower. 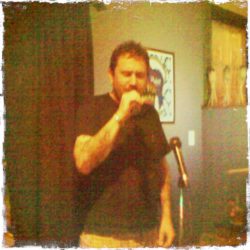 In 2015, after they opened their sister spot, Fodder & Shine, we were given another offer and a formal sponsorship arrangement. Whereas they always took care of us, it was more of a friendly arrangement that a “development relationship.” For the past two years they hosted all of our opening night parties on their spacious front patio while still providing great after-show food, stellar drinks, and the quality customer service we always expected.

As we began the 2016-17 season I talked a lot about “home.” Going home. Being at home. Making a home. Welcoming people into our home. It’s very fitting then that we are now returning “home” to a spot that has so much history. We’re stoked. Doing Local is what this place has been about from day one. They’ve led the charge in many ways, garnering a ton of attention (not to mention all the headaches and rewards that come along with that) locally and nationally in the process.

I count the partnerships we have in this area all as great blessings. I look around at places like The Refinery and New World Brewery, New Granada Records and Rollin’ Oats, Illumination Advertising and Creative Loafing, and I think YES — these are our people. I have previously problematized the word “support” because to me it often sounds like an obligation, particularly when put in phrases like “support the arts,” and “support local theater.” Yet, I see “support the local scene” appear in many other ways and it doesn’t bother me. Support local music. Support local business. Support your local farmer. #DoLocal 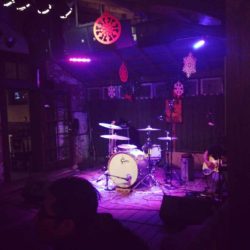 Just as I value those who choose to spend their hard-earned dollars with us, just as I appreciate those businesses who choose to give to us and make things possible — be that in the form of advertising or opening night cookies or a VIP dinner — I want to do a better job of showing that love in return. Don’t get me wrong, it’s not like I’m eating out at chains (I don’t), but I can in general be a better local citizen. Every time I shop in Rollin’ Oats I ask myself why I ever make a trip anywhere else (the answer is that I am lazy). I have now listened to New Granada Records’ Alameda on repeat for a few days now and I wonder why I ever just turn on a random Pandora playlist to find new music when it’s literally surrounding me in my daily life.

I work hard to get people in the door of Jobsite. I want to *that place* where people see a cool show, that’s infinitely Tampa, like these other places are to me. Places that feel like home …

I hope to see everyone soon in ours. This is a super-fun show and an amazingly talented group of artists. I hear that Shakespeare dude ain’t so bad, either.