We’re so honored to be among the winners in Creative Loafing Tampa’s Annual Best of the Bay Awards! 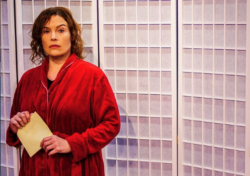 “It may be the tilt of her head or the way her jaw juts in a gender bent role. Or maybe just an unexpected inflection that causes your ear to hear a word in a new context. In a small space, you can see behind her eyes, where the wheels of character turn. There’s complete commitment even when a role that the audience identifies with turns out to be less than admirable. No matter what Ms. Smith tackles, she imbues every character with a spark of life, yet it seems effortless. You never, ever, feel that she’s performing.”
Best Gesamtkunstwerk, Critics’ Pick: David Jenkins, et al, ‘Arturo Ui’