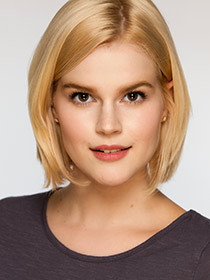 Madison Flynn is a recent high school graduate from the Canterbury School of Florida; she plans to pursue a bachelor’s degree in theatre. Recent shows include Anything Goes (Hope Harcourt), The Mystery of Edwin Drood, A Streetcar Named Desire (Stella Kowalski), Oklahoma! (Gertie), and The Pirates of Penzance. She is a 2016 Suncoast Theatre Award nominee (Best Supporting Actress in a Drama) for her role in Streetcar at the Francis Wilson Playhouse. She would like to thank David Jenkins for this awesome opportunity to delve into the world of Shakespeare, as well as her family for their unwavering support.