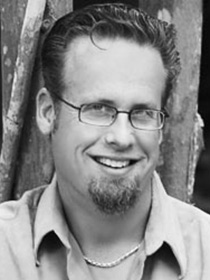 Known as “The Voice Man”, Aaron E. Tucker has been featured on radio stations from New York to L.A., including WKTU, WJGR, WPLA, and such shows as Animal Radio Network, Ryan Seacrest and Rick Dee’s, and Goumba Johnny and Balthazar. His voice can also be heard on tv spots, ad campaigns, animations, and dozens of audiobooks. On-camera, Aaron has appeared on television in Bunkie’s Diner, America’s Most Wanted, Starz Network and WJXT and can be seen in the indie films Sandrima Rising, Walking Through Fires, and HBO’s Recount.