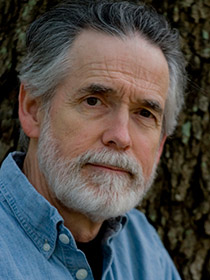 Michael Mahoney appeared most recently as Weedon Scott in freeFall Theater’s world premiere production of White Fang. Received the 2016 Theatre Tampa Bay “Outstanding Lead Actor” award for his portrayal of Larry Slade in The Iceman Cometh at Tampa Repertory Theatre. Other roles include Beverly Weston in August: Osage County, Robert in Proof, Lyman Wyeth in Other Desert Cities, First Actor in The Dining Room, Harry Roat in Wait until Dark and Horace in Little Foxes. Happy and grateful to be making his Jobsite debut, thanks to David Jenkins, cast, crew and everyone else at Jobsite. Special thanks to Jim Rayfield and David Frankel for their unfailing wisdom and encouragement; and to Kay – for everything else.