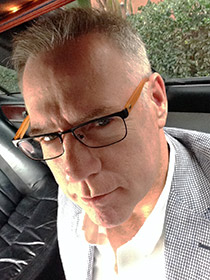 Brendan McLaughlin anchored the evening news for Tampa’s ABC Television affiliate for 21 years. His journalism career began in San Francisco, California and took him to Austin, Texas and Seattle, Washington before arriving in Tampa. Brendan’s reporting earned him two Emmy Awards and numerous other honors. Brendan and his wife Sandy have two grown children, a big dog (who still lives at home) and are active members of their Tampa Heights neighborhood.