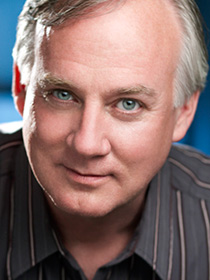 In his youth, Frank trained as an actor at North Carolina School of the Arts, University of Denver and New York University before taking a three decade hiatus from the profession to craft his skills as a trial lawyer specailizing in Intellectual Property disputes. While maintaining an active law practice when not on the stage, Frank has returned to both theatre and film work. Most recently, Frank was seen in Stageworks Theatre’s production of To Kill a Mockingbird. Frank’s family also take to the arts: his wife Shelly is a costume designer and artist, son Tyler is an Equity actor living in Brooklyn, son Parker is an electronic music composer and daughter Annika is a photographer.